Amazon has now urged immediate intervention by SEBI & CCI to stop the deal between Reliance and Future Group, alleging breach of takeover norms, fraud, misleading investors, acting against small shareholders, and the SIAC order. Furthermore, both Amazon and Future have appointed their arbitrators for the three-member arbitration panel at SIAC.
According to sources, Amazon is now seeking to control assets worth about Rs. 30,000 Crore through an investment of Rs. 1431 Crore in an arm of Future Group. This means Amazon is seeking to control 100% of FRL by controlling the entire Biyanis Group majority equity in FRL.

This content is archived and may be out of date. Please note that this was updated/edited on 16th November 2020. Our team is continuously monitoring the developments in and around the case to provide you with curated content.

In the latest developments in this battle between Future and Amazon, Future Retail approached Delhi HC seeking reliefs against SIAC stay order dated 25th October 2020. The Hon’ble HC on October 10, 2020 issued summons to Amazon, Future Coupons, and Reliance Retail, asking them to file WS within a month.

This move comes after Future Retail already made representations to the exchanges stating that SIAC’s order is “not binding” and any attempt to enforce it will be “resisted” under Indian Law as Future Retail is not a party to the contract of which the arbitration clause has been invoked by Amazon.

This content is archived and may be out of date. Please note that this was updated/edited on November 11, 2020. Our team is continuously monitoring the developments in and around the case to provide you with curated content.

What led to the dispute?

Amazon has secured additional rights to acquire promoter group stake in Future Retail under a call option exercisable between the 3rd to 10th year of its investment. This gives Amazon a right of first offer in Future Retail, which prevents Future Retail from transferring its shares in contravention of this right. It is also revealed that Reliance Retail and the Relaince Promoters are named restricted competitiors amongst the 30 item restricted names palce by Amazon in the Shareholders Agreement. Amazon has accused Future Retail of violating its obligations under the shareholder’s agreement in forging a deal with Reliance Retail for sale of its assets of the debt laden Retail business.

Without much success in collaborative outcomes, Amazon chose to approach Singapore International Arbitration Centre (SIAC) for an Emergency Award in the matter against Future Retail.

Details of the arbitration agreement are not public leaving it rife for speculation. It is highly probable, that the seat of the arbitration is Singapore which inspired Amazon to approach SIAC. To Amazon’s relief the appointment of an Emergency Arbitrator (EA) under the SIAC rules, lead to a favourable interim order injuncting the alienation of assets or shares of Future Retail to, Reliance Retail with potential rights to damages.

2. Enforcement of the Interim Order

It is highly likely that Future group and Reliance, choose not to comply with the interim EA, compelling Amazon to seek enforcement through an enforcement petition under the Arbitration and Conciliation Act, 1996 (“Arbitration Act”) in Indian courts. Amazon’s options need evaluation, as the Arbitration Act does not statutorily enforce interim Emergency Awards, automatically. The definition of “Arbitral Tribunal” envisages only the Sole Arbitrator and Panel of Arbitrators and the concept of Emergency Arbitrator has not been recognized in India. Section 17 (First Part of the Act) applies to interim orders with Indian seated arbitrations, these provisions do not exist in the second part of the Act. It is a legislative gap in enforcing interim Emergency Awards in foreign seated arbitrations. The 2015 Amndment to the Act had made an attempt to bridge this gap by offering foreign seated arbitrations a recourse to interim reliefs in Indian courts, by making Section 9 of the Act applicable to foreign seated arbitrations, unless ousted contractually. But this change was not carried into the Act. The Supreme Court of India, in Raffles Design International India Pvt. Ltd. & Anr. v. Educomp Professional Education Ltd. & Ors[1].where, too the Emergency Award was passed by SIAC (which provides that it would not be incompatible for parties to approach the court for interim relief), held that, although an Emergency Award is not enforceable in India, the applicant is not precluded from applying for court administered interim relief under Section 9 of the Act. But in a more recent judgment, Ashwani Minda and Anr. v. U-Shin Ltd. & Anr[2]., an application under Section 9 of the Act was rejected by the Delhi High Court because of the failure of the applicant to get a similar relief from the tribunal based in Japan as per the JCCA rules. The reason cited for rejection was, that the JCCA rules do not warrant interference of the courts and the applicant was trying to have “second bite at the cherry”.

This is the best the Court’s have done for implied recognition of Emergency Awards under the Indian laws.

Does the Shareholder Agreement between Amazon and Future Coupons Ltd bind Future Retail as well? Future Retail contends, it is not a signatory to the agreement under which Amazon has initiated the Arbitration. But the Supreme Court of India in Chloro Controls India Private Limited v. Severn Trent Water Purification Inc. and others[3] held that in case of inter-connected agreements involving several parties in a single commercial project through several agreements, all the parties can be made amenable to arbitration.

4. Amazon approached the BSE and SEBI

Amazon has approached the Bombay Stock Exchange (“BSE”) and Securities and Exchange Board of India (“SEBI”) to stop the regulatory approvals for the Future Retail – Reliance Retail Asset sale and instead consider the order of the SIAC which precludes Future Retail from applying to regulatory bodies for the alienation of the Assets.

To this BSE has decided to consult SEBI and seek clarifications from Future Retail and Reliance Industries about their transaction.

What is next probable course of action?

Future Group may move High Courts under Section 9 of the Arbitration Act  challenging the enforceability of the interim EA. Future Group could hold that, the injunction is not enforceable in India without an order from the Indian courts. It could even say that as non-signatory, it does not apply to Future Retail. In any event the court’s guidance will be necessary; or

Amazon could file an application under Section 9 of the Arbitration Act for enforcement of the interim order. If the Order were to be enforced and Future Group failed on compliance, it could give Amazon a reason to approach SIAC for a representation to the Indian court for penalties and punishment (2015 amendment to that Act allows the under Section 27 in foreign seated arbitrations).

With the Arbitral Tribunal still to be constituted and the dispute to be solved in the next 90 days, a strong third possibility is emerging of an amicable settlement between the parties. Future Group, currently running into losses and defaulting in paying its creditors, might consider a compensation to Amazon as a quick road to closure.

Defining moment for Investments in India

If sophisticated Arbitration is to replace protracted litigation, the opportunity has dropped in India’s lap. But that will sophisticate only one end of the road, what about the one which leads Future Retail of Future Group into liquidity and mass un-employment?

Almost half-way into the committed investment in India, Amazon is in no mood to play second fiddle to Reliance Retail. Something Reliance Retail and promoters of Reliance are not used to either. It is competitive with thin margins and if you add damages to the mix, the picture is not desirable.

Will Reliance expose itself to any material adverse change, in any of its recent investment contracts if it misses on retail pie of Future? Has Future breached other disclosure commitments?

Either way India is at the brink of offering an enabling judicial system with progressive and equitable adjudication. Time to see how enticing is India as an FDI destination or in supporting committed FDI investments along with conserving interests of the richest man in India. 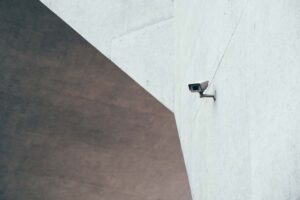 Your relationship with employment contract