The Competition Commission of India has recently in the case of In Re: Alleged Cartelization in the Airlines Industry, Case No. 03/ 2015, decided ongoing case of cartelization by domestic airlines operating in India. It held, it not in contravention of Section 3(1) of the Competition Act, 2002 read with Section 3(3) for lack of evidences to support cartelisation.

Section 3(1) and (3)-
no enterprise or association of enterprises shall enter into any agreement in respect of production, supply, distribution, storage, acquisition or control of goods or provisions of services, which causes or likely to cause an appreciable adverse effect (AAEC) on the competition within India. Provided, entering into cartels i.e. engaging in identical or similar trade of goods or provision of services, which either determines purchase or sale prices; limits or control production, supply, markets; shares the market or source of production or provision of services or results in direct or indirect bid or collusive bidding, shall be presumed to have an AAEC.

The complaint was lodged via letter filed on January 31, 2014 from Lok Sabha Secretariat requesting an scrutiny in the cartels practice existing amongst the airline operators.

For, context- Cartel is defined to include an association of enterprises which limits, controls or attempts to control the production, distribution, sale or price of, or trade in, goods or the provision of services.

The examination request of January 31, 2014, called for information from various airlines, Jet Airways (including JetLite), Indigo, SpiceJet, GoAir and Air India and Directorate General of Civil Aviation (DGCA). Data of the four major routes viz. Delhi-Bombay-Delhi, Delhi-Bangalore-Delhi, Delhi-Pune-Delhi and Delhi-Hyderabad-Delhi was received with the information related to-

The examination displayed stability in market shares during lean and peak seasons, stacked by the similar cost structure and end fares charged by the airlines irrespective of their base fares and airlines fuel surcharge.

The Competition Act strongly pointed towards the collusion and actually was in stark contrast to the usual differentiated costing behaviour of the airlines in the greed to cover more market share. Prima facie the pointers were provoking enough to cause and initiate an investigation by the Director -General under section 26(1) of the Act.

The DG in order to examine the conduct of the airlines alleged as anti-competitive in nature, investigated on issues:

The DG also analysed the data on the basis of monthly market share, annual market share, economic analysis of the monthly share for each of the four sectors and the consolidated All India Annual Market Share and its analysis.

In fact, Indigo was able to make an increase whereas Air India, Jet Airways and Spice Jet lost their relevant market shares and Go Air barely maintained itself.

Air fares are determined through factors like peak or lean season, time gap between booking and the departure date, special events or festivals etc. Airlines use dynamic pricing mechanism where a software like Navitaire is used to determine and update the prices. As a simple rule, airlines follow yield management mechanism to regulate their revenue which moves from lower to higher bucket with the increase in the occupancy and the closeness of departure date.

Substantiated by the above findings, the DG found no contravention of section 3(1) r/w Section 3(3) of the Act and suggested no cartel practice amongst the airlines.

The CCI asked the DG to further investigate on the algorithms/ software, allocation of seats, analysis of airfares between April 2012 to March 2014 etc. The software used by the airlines were mismatched. The algorithm uses parameters such as historicity, frequency of flight, capacity and time slot of flight, competitors’ fares etc. yet the final price of the ticket is determined by the algorithm results and the personnel working in the revenue management team of each airline.

It was noted that the possibility of concerted actions in adjusting fares was zero at the software level. In terms of capacity utilization of the seats, no concerted behaviour was found. The airlines follow different bucket system based on the time of day, day of week and season. The fare bucket changes with the demand and competition price, multiple times in a day.

The present case did not see any exchange of communication or pattern of stability or parallelism amongst airlines rather a massive variance was seen in the market shares of the airlines. Further observed that even if four airlines were using the same software for the revenue management, the route analysts intervention is of pivotal nature in fixing the final prices which depends heavily on the last minute bookings and unforeseen events like IPL matches, cyclones etc.

The Commission found no evidence on record to establish cartel amongst airlines between 2012 -2014.

The principle of Leniency is used routinely as a competent method to deal with cartels.

CCI gives reductions in penalty as leniency to applicants who come forward with ‘vital disclosures’ on cartel case. The CCI has given 100% of penalty reduction who have assisted in breaking the cartel at the initial stage of investigation, provided the disclosures were full and true and would sufficiently lead CCI to form a prima facie opinion to the existence of a cartel.

Leniency is the incentive offered to the alleged entities and their key personnel to absolve themselves from the penalties imposed. In the case, InRe: Cartelization in respect of tenders floated by Indian Railways for supply of Brushless DC fans and other electrical items, 2014, the CCI granted a 75% reduction in penalty to OP 1 under section 46 of the Act, for accepting on oath his active role in the cartelisation of the tenders floated by the Indian Railways for the supply of Brushless DC fans and other electrical items, whereas OP2 and OP3 outrightly denied the allegation and took baseless excuse of absence of knowledge of e-mail etc. and thus were levied Rs. 84,837/- and 2,13,919/- respectively.

Another recipe is Dawn Raids which are unannounced investigations carried out by the DG at the official or residential premises of personnel(s) to collect evidence for the alleged anti-competitive practice. The alleged conduct usually includes price determination or exclusive arrangements, or persons, companies engaging in bidding process. The importance of the investigation can be made from the case of CCI v. JCB, 2019, where the Hon’ble Supreme Court held that the documents seized during dawn raid by DG can be used as evidence during the inquiry.

The third route is the precedents of imposition of lumpsum penalty. For instance, in the case In Re: Express Industry Council of India and Jet Airways (India) Ltd. And Ors., 2013, the Commission imposed a sum of Rs. 151.69 crores on Jet Airways, Rs. 63.74 crores on IndiGo and Rs. 42.48 crores on Spice Jet as penalties for levying Fuel Surcharge at a uniform rate and from the same date, irrespective of the fuel prices.

Cartels can take any layout like tacit collusion or an expressed agreement. The parallel conducts or price parity between the entities are other arrangements. It seems quite objective prima facie, but it’s a tough job for the CCI to find sufficiency of evidence on the basis of preponderance of probabilities as set out in the Act thus blocking cartelsis hard. Of the discussed airlines cartel, only one was found to be in violation of section 3 (1) read with section 3(3) of the Act.

The airlines constantly follow dynamic pricing mechanism which, if looked from the increase in demand side would mean hike in fares of the airlines using different software to fix the fares and vice-versa, though the seasons in India are fixed. So, even when the conduct is one of price parallelism, CCI has limited powers to declare the cartel activities as anti-competitive due to deficiency of evidence to suggest that the fares were kept similar by the airlines under some kind of agreement.

Moreover, the human aid as the last touch in the recipe of fixing fares is capable of exerting cartels which has been overlooked on the premise of the factors like peak and lean seasons and events like IPL, Cyclones where the possible conduct of cartelisation could arise, without an iota of doubt.

This blog on Airline Cartelisation is only for information purposes. Nothing contained herein is, purports to be, or is intended as legal advice and you should seek legal advice before you act on any information or view expressed herein. Endeavoured to accurately reflect the subject matter with legal analysis, without any representation or warranty, express or implied, in any manner whatsoever in connection with the contents of this. This isn’t an attempt to solicit business in any manner. 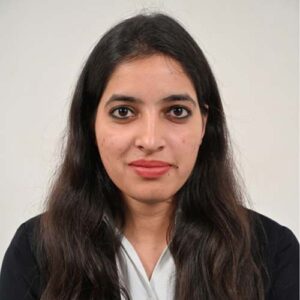 Srishti is a law graduate from the Institute of Law, Nirma University, Ahmedabad. A rank holder at overall 7th position amongst 123 students. Srishti has been an avid mooter and was a part of the client counselling panel to represent in inter-college representations. She advices businesses in competition and corporate laws. Srishti possesses an eye for detail and has significant drafting skills. She enjoys research and writing papers on issues surrounding corporate advisory matters.You can read her writings here. Fond of creative writing, outside of law Srishti is a swimmer and paints to de-stress. She is enrolled with Bar Council of Madhya Pradesh.
View all posts 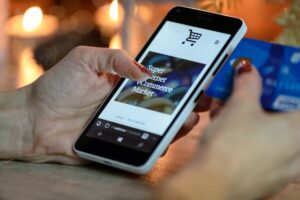 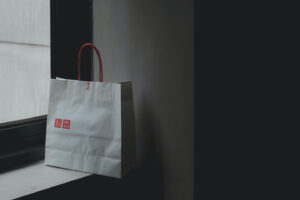 Competition commission: Carry your own bag or not, you won’t be charged